Where did Easter go?

I had so much planned for the Easter weekend, but it went without me getting anything done. I had forgotten what time wasters puppies are.
Nige went of to the Cornish K9 Agility show and I followed him up for the mornings on Friday and Saturday. I managed to get to see a couple of Fens runs, my that dog is flying. He came home with 4 trophies over the weekend (one with me in the pairs!!) He is so happy its a joy to watch. Todd and I got E'd in all of our 3 classes, he was on a mission and I don't think I was on his radar!! But he had a great time.
The pups had lots of visitors, most couldn't believe how much they had grown. 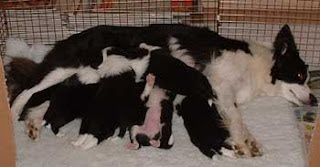 On Monday we moved Kes and the pups into the kitchen. They have all settled in very well and Kes is very good with the Heelers watching on! 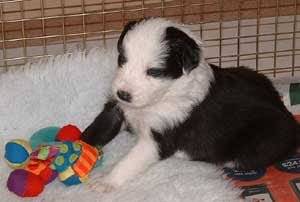 This is Tip settling in to the vast puppy pen, I'm sure it won't look so big in a week or two. He is so stunning, I love him to bits, such a character!

Here they all are at 3 weeks 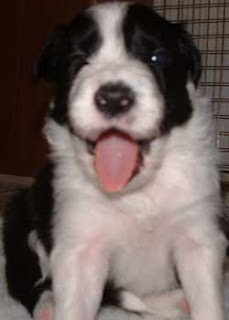 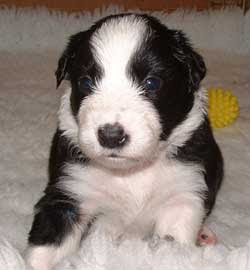 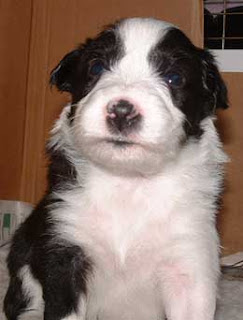 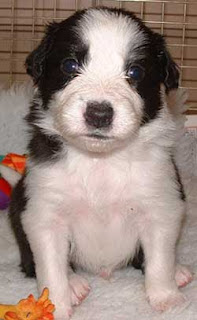 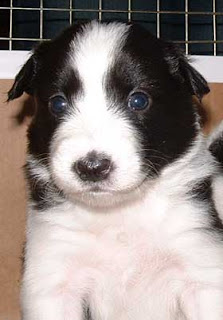 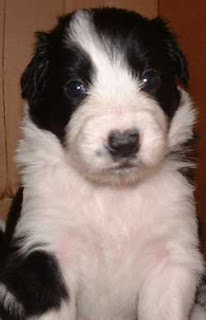 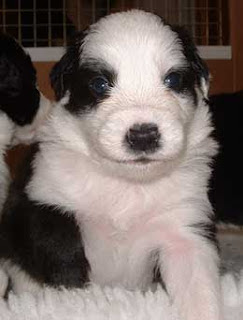 I can't believe I caught this, it looks like he is grinning, bless him, eyes are nearly open. 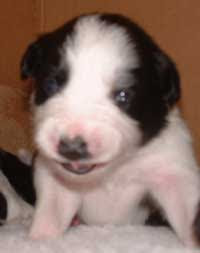 Well I had me ear bent the other night by the lovely Roy Napper for only having stills on the site. So here you go.

Its been a really busy week. The pups are all growing really well. I weighed them on Sunday and most had doubled their birth weight.
Last night I spent a couple of hours cutting toe nails, all 126 of them! The pups are really active and when you touch them they start to move around looking for mum or sucking your fingers, so cutting tiny toe nails was a bit scary! They all survived and no one complained.
I've taken these pics tonight, I found them all in a row so couldn't resist getting my camera out. 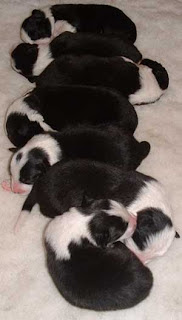 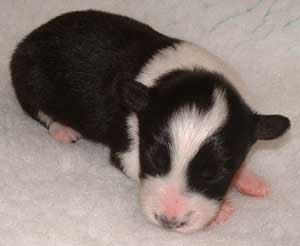 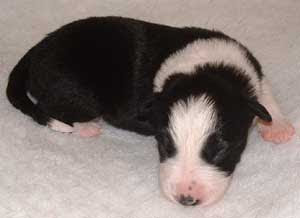 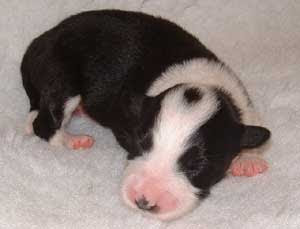 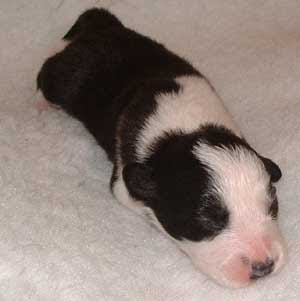 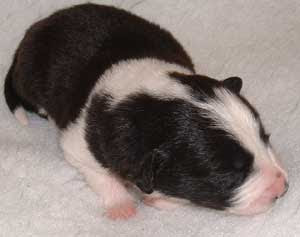 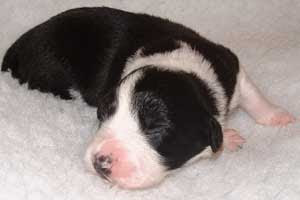 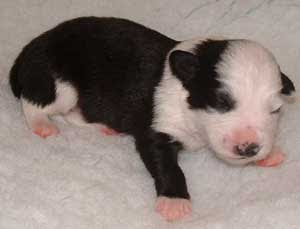 We have just got back from the vets, everyone is doing very well and is the picture of health. I didn't get much out of the vet, she was too busy giggling at them!! She did say how strong they were for just 3 days old.

Dot performed the best, she had a little kick and scream, as did Tip. Dear little Tia just fell asleep in her hands.

All safely tucked up with mum now so I'm off to work. Oh just took this picture, I think you can see how much they have grown already. 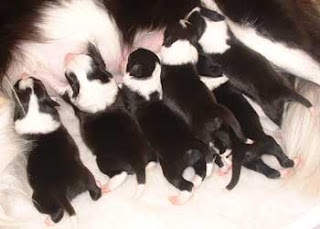 Well here they all are!

Kes started to nest when we got home from work on Monday night. She was digging up the beds and getting restless so around 8pm I took her up stairs to the spare bedroom where I had prepared her whelping room. 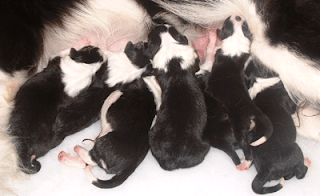 I have an airbed against the wall, then the whelping box, then a table with all the necessary bits on it, including the TV! Well not a lot happened before 11pm. She was getting rather uncomfortable as the pups started to move back towards the exit! I stayed with her all night. We did try to curled up and get some sleep but it wouldn’t be long before she would start to lean on me and press hard against me when ever the contractions came. I eventually got her to stay in her whelping box and I think I managed an hour’s sleep between 4 and 5 am.


I awoke to her digging her box like a crazy thing. I had bought a whelping mat with this whelping box, its vetbed with a waterproof backing and a stiff plastic sheet in the centre. It isn’t supposed to move and it did its job brilliantly, she gave it quite a beating. 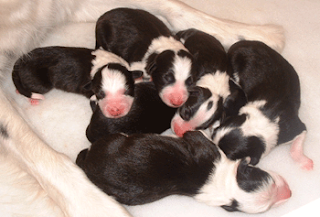 The first puppy arrived at 8am, this was Tip, I was relieved to see a boy, I’ve been having nightmares that she would have all girls! We cleaned him up gave him a drink and put him in the ready box to await the next pup. Well Tip was having a right old chat with himself which poor Kes found quite distracting, but she eventually produced Ches at 8.55, she is a very pretty little girl and a good size. I think Kes had got the idea now and the rest came at 30-minute intervals, enough time to get them cleaned up and fed before the next arrived. Al was next, he is my favourite of the boys, then Dot, I’ve got a soft spot for her too, she is the smallest but very spirited. Then came Ruby and Murray.

We seemed to have a little break then, my Mum was on her way down and I was starting to think that she was going to miss all the action. But she arrived just in time to see Tia born, it was almost as if Kes was waiting for her to arrive, as soon as she had given mum a smile she had laid down and the pup popped straight out. The time was now 11.10am all over in 3 hours, poor Kes looked shattered but very happy with her brood.

I’ve also managed to put up a new page on the website with individual pictures on so you can get a better look. I’m off to bed now, I haven’t slept since Sunday night! zzzzzzzzzz 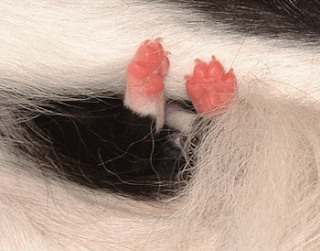 The before and after shot! 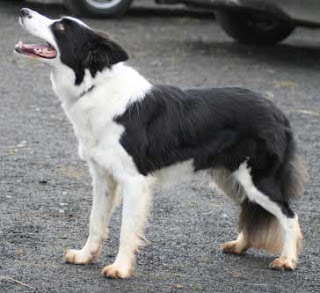 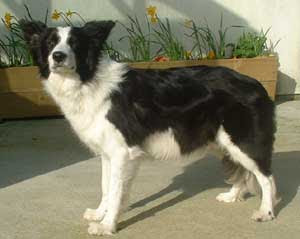 Well here is the evidence! At 8 weeks pregnant you can now see just how big she is.

The first picture was kindly taken by Eva from Dumf and Galwy Border Collies in Germany at Dartmoor show last November. I took the second one this afternoon. She has 4 or 5 days left now. I'm sure she will be glad to unload!
Posted by Lisa at 7:38 pm 2 comments: